﻿Retro shah﻿
An artistic trend which uses as a central concept the movement during a chess game. The term derives from Retro, meaning Return and Shah, meaning King, at this particular case the King of the chessboard. The term has been used by Nicolas Sphicas in 1993 to describe his painted works which express the sentiments that the metaphysical world of movement on the chessboard poses. The works proceed through an intuitive understanding of the game or through a position of the problem and represent the spiritual and intellectual energy which accumulates through the moves of the pieces about the chessboard. 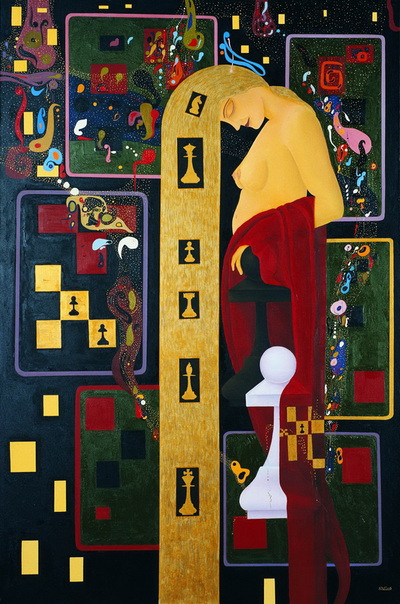 Caissa (the muse of chess) 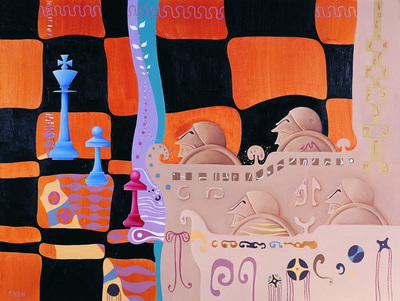 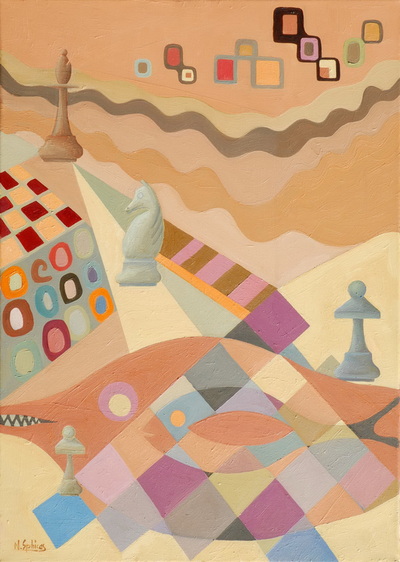 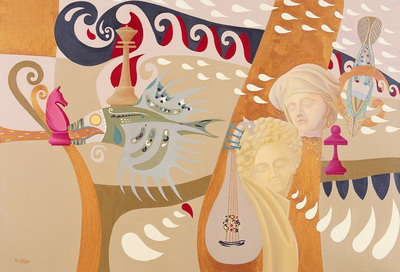 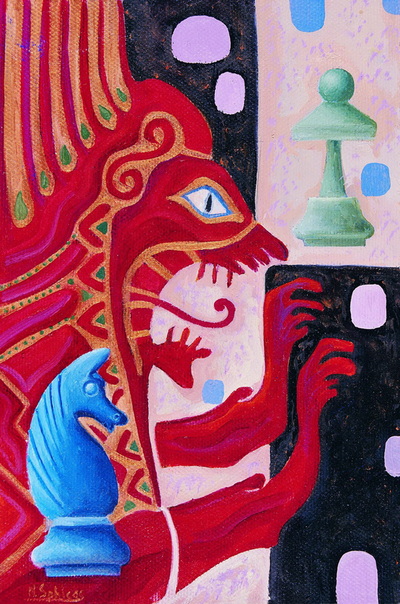 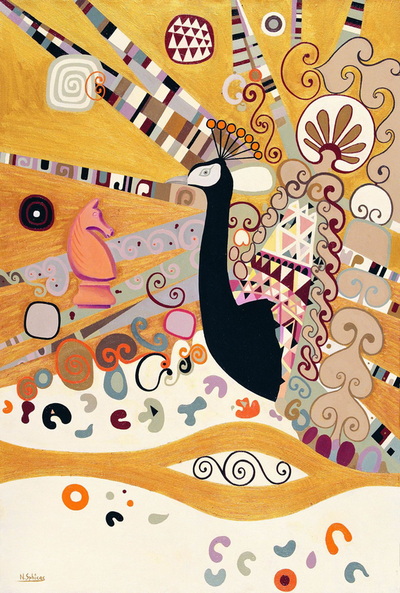 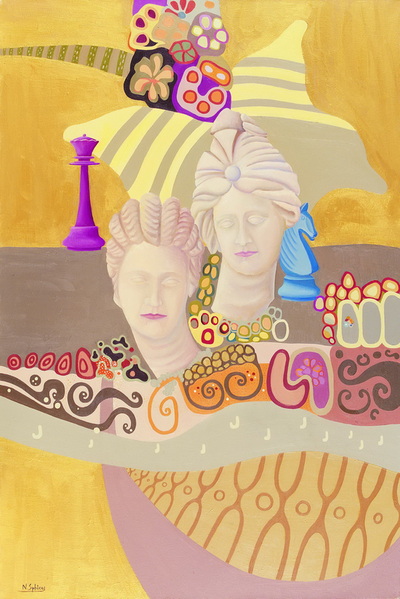 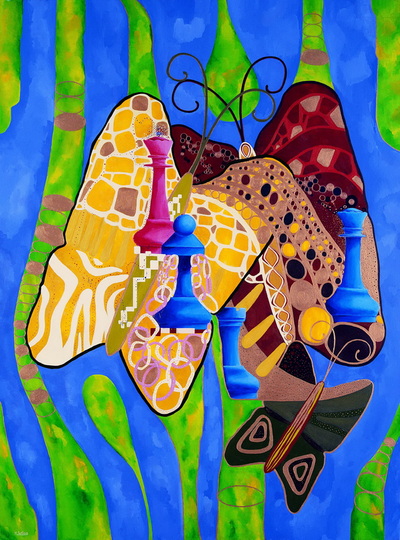 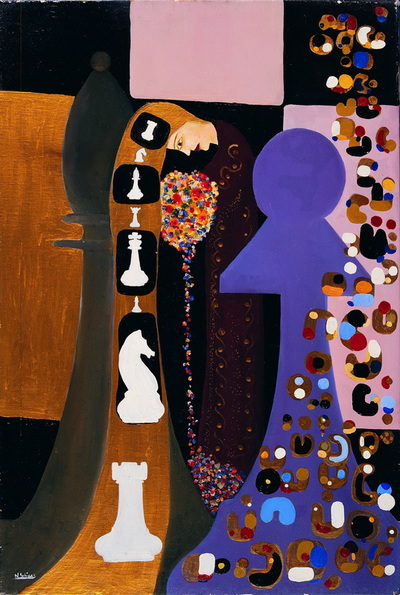 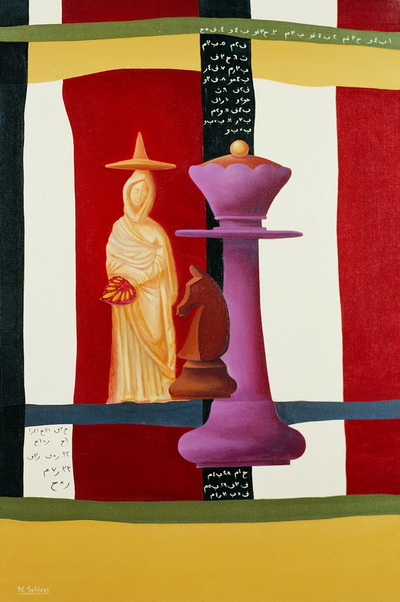 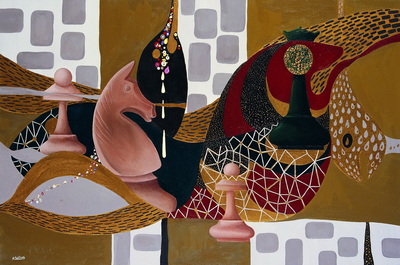 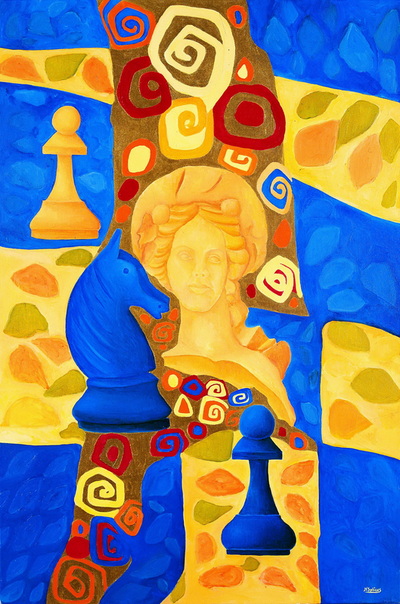 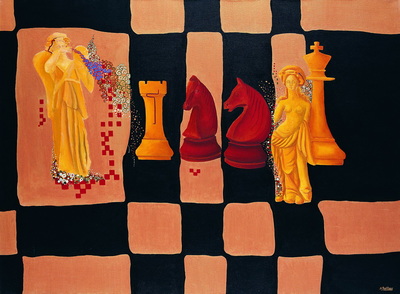 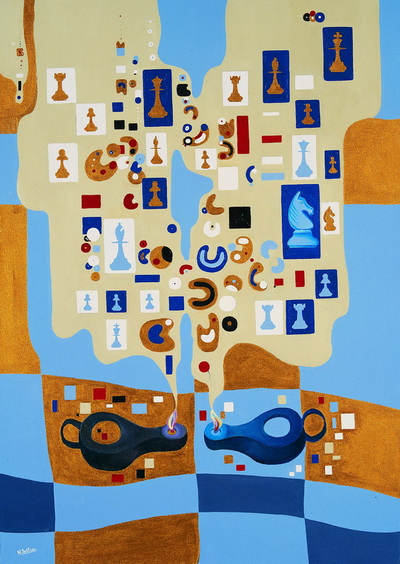 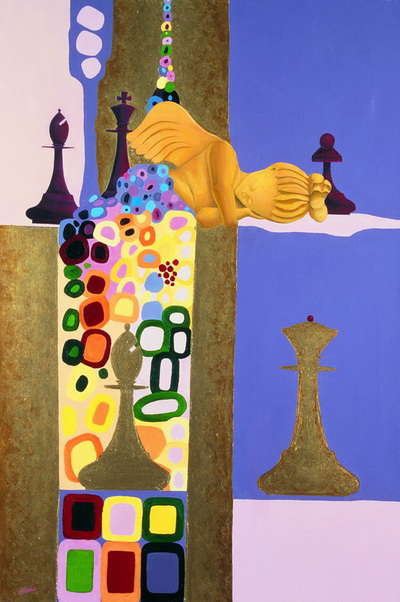 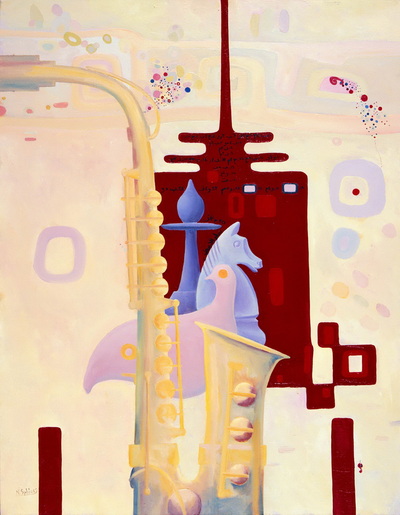 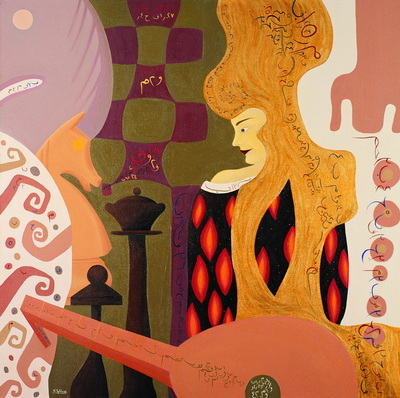 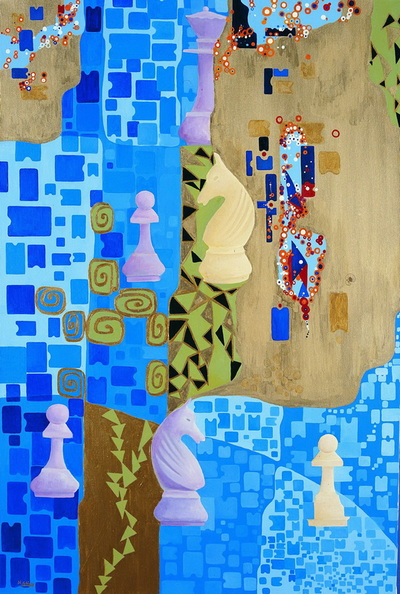 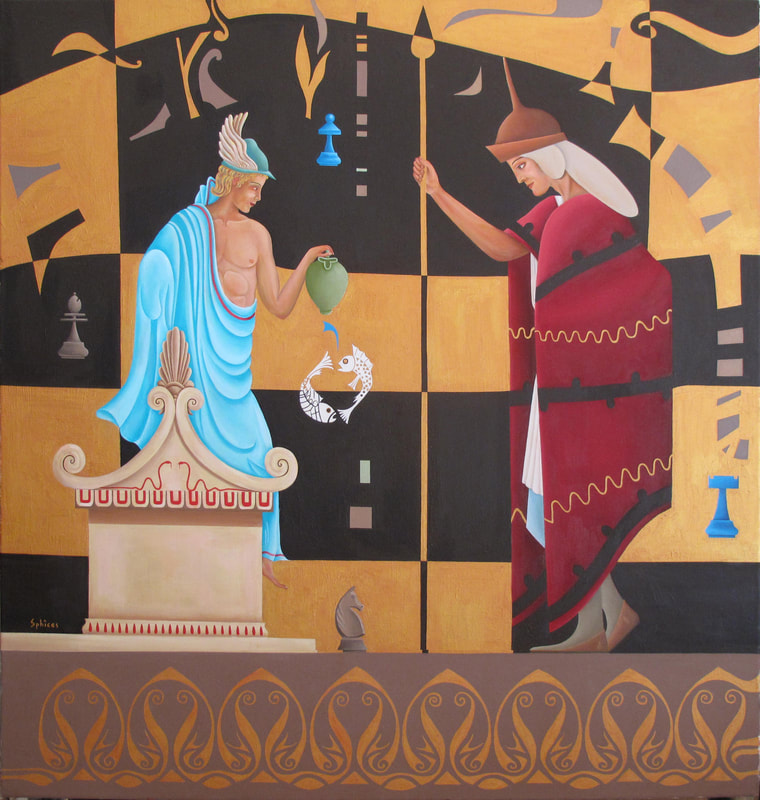 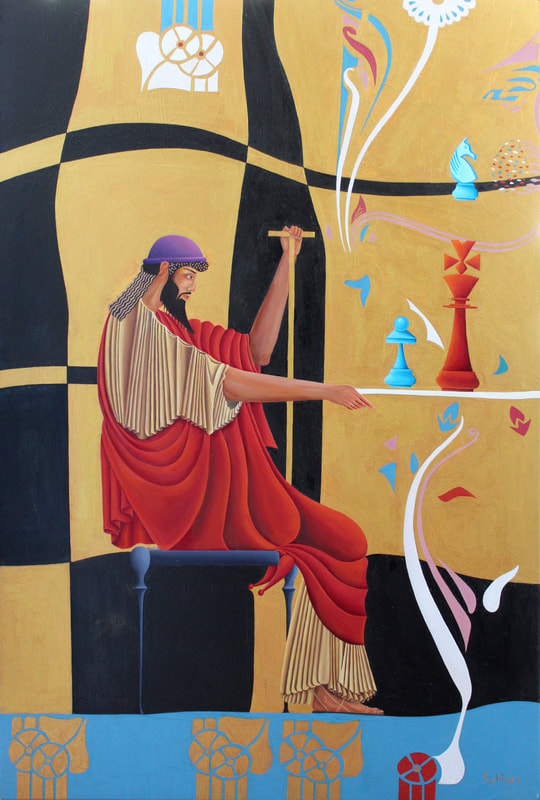 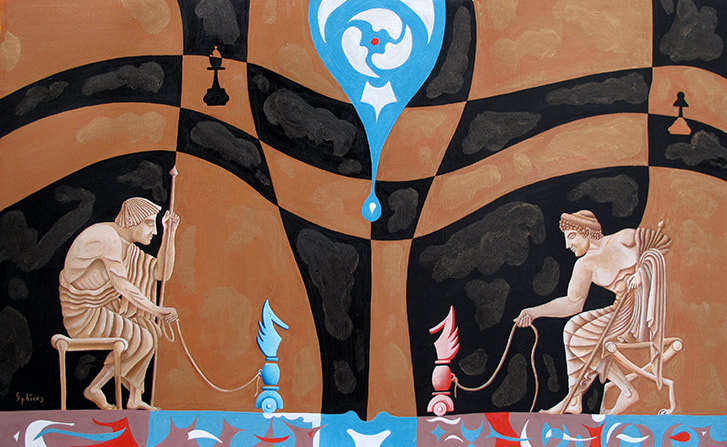